Günther H. Oettinger, European Commissioner for Digital Economy: “5G is not about the telecom industry, it´s about the whole economy, the whole society” 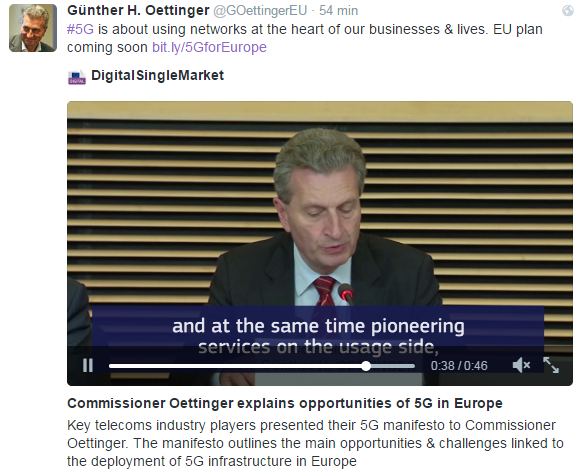 Today, in Velatia Networks, we carry you what the European Commissioner for Digital Economy and Society, Günther H. Oettinger, said recently about the oportunity that the 5G could represent for the European economy and society.

Take a look to the vídeo bellow:

#5G is about using networks at the heart of our businesses & lives. EU plan coming soon https://t.co/JC40siFzNB https://t.co/8Awyf59F1n

Günther Hermann Oettinger (born 15 October 1953) is a German politician and a member of the Christian Democratic Union(CDU).