Hydrogen plane: the sustainable revolution to take to the skies 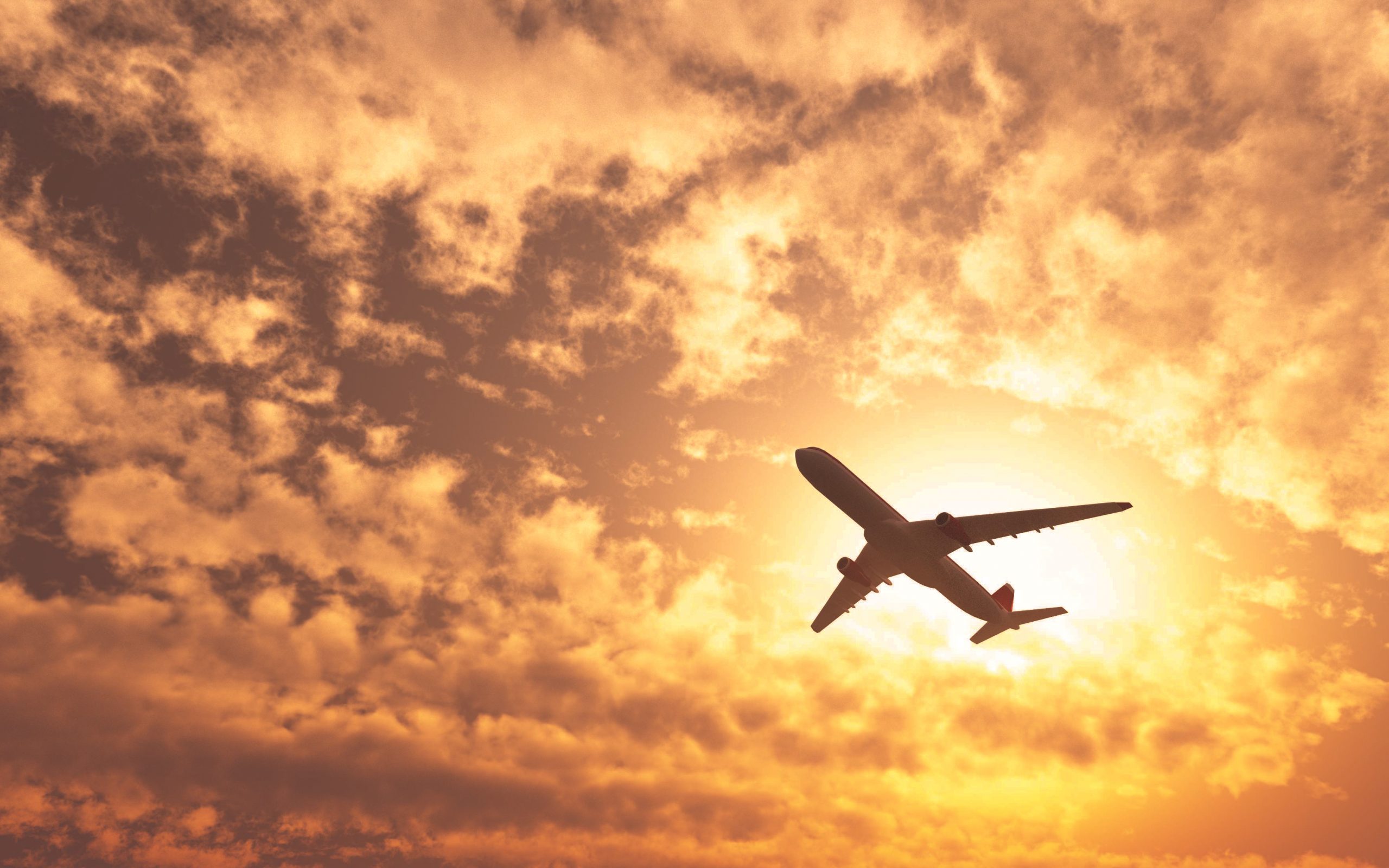 There are some sectors whose electrification, given the existing technological barriers, with very long development and maturation periods, is more complex than that of others with a more flexible and rapid technological adaptation capacity. If we look, for example, at maritime, rail or, especially, air transport, we find activities of crucial importance for the proper functioning of our societies and economies, which face the enormous challenge of radically reducing their CO2 emissions into the atmosphere in just a few years. However, it seems that the electrification of these activities (perhaps the railways may be the great exception) is not progressing in line with that of the rest of the transport sector, where the great transformation towards electric mobility is already evident and is advancing steadily. But a “new” player, called green hydrogen, has appeared on the scene with the intention of changing all this and facilitating sustainable air transport. Let’s see why the hydrogen plane can be a sustainable revolution.

The year 2022 began with encouraging news for the aeronautical sector: Airbus announced a partnership agreement with CFM International for the joint development of aircraft whose engines would be powered solely by hydrogen combustion. This project, which would make it possible for the first time in history to achieve aircraft with near-zero emissions, is framed within a time horizon of around 15 years and would set 2035 as the date on which the first aircraft of this type would enter service. This reflects the fact that the sector is not only not standing still, but is also taking steps to achieve the long-awaited reduction in emissions, with hydrogen as the cornerstone of the main existing projects. But what motivates the aviation sector to look to hydrogen as an alternative fuel? The answer is complex, but it helps us understand the importance of hydrogen plane development.

We must bear in mind that the replacement of a fuel such as kerosene by hydrogen involves a great deal at the technological level. First of all, engines based on turbines and/or blades have to be developed for this type of fuel, so a specific new technological development is required. In addition, the use of H2 also implies that the way in which aircraft store fuel could change due to the special properties of this substance, which in this case would be in its liquid state. However, systems such as the jet engine, the combustion chamber, the fuel system or the control system of the engines themselves have to be specially developed to adapt to the new fuel. But wasn’t this precisely the technological challenge that prevented the electrification of aviation from being developed? Not quite.

Despite the depth of this change, the aircraft’s operating structure would not change radically; furthermore, it would allow the aircraft structure itself (including the chassis) to be maintained in a relatively similar way. Furthermore, we must bear in mind that electrification involves harnessing electrical energy through a series of batteries that release the energy for the mobility of the turbines, which would imply adding considerable extra weight, in the form of batteries, to the aircraft; something which, in the case of an industry where every gram counts, could mean a reduction in the competitive advantage of airlines. This would be compounded by the need for aircrafts to cover long distances in a single flight, which is not yet guaranteed by the electric mobility systems that could be developed in the short to medium term.

However, the hydrogen plane bases its operation on the use of hydrogen to drive an electric motor to enable the aircraft to fly, only emitting water into the atmosphere in the form of vapour. For this reason, green hydrogen, which originates from the electrolysis of water using 100% renewable energies, seems to be a great ally in the arduous task of achieving the decarbonisation of the sector. But not everything is rosy in a field that still requires patience; this type of transport still seems to be far from not only appearing, but also being adapted on a massive scale by the major airlines. Thus, the industry offers figures of developments and implementations that range between two and three decades; something related to the fact that we are talking about an industry with a very extensive and specialised supply chain and in which the application of large transformations entails different times than other industrial processes.

Perhaps for this reason, and as alternatives and complementary tests, companies such as British Airways, KLM, Lufthansa or United Airlines have incorporated the use of biofuels in some of their commercial flights, which shows the interest of the aeronautical sector in finding a real alternative to fossil fuels with which to guarantee sustainable and efficient air transport. 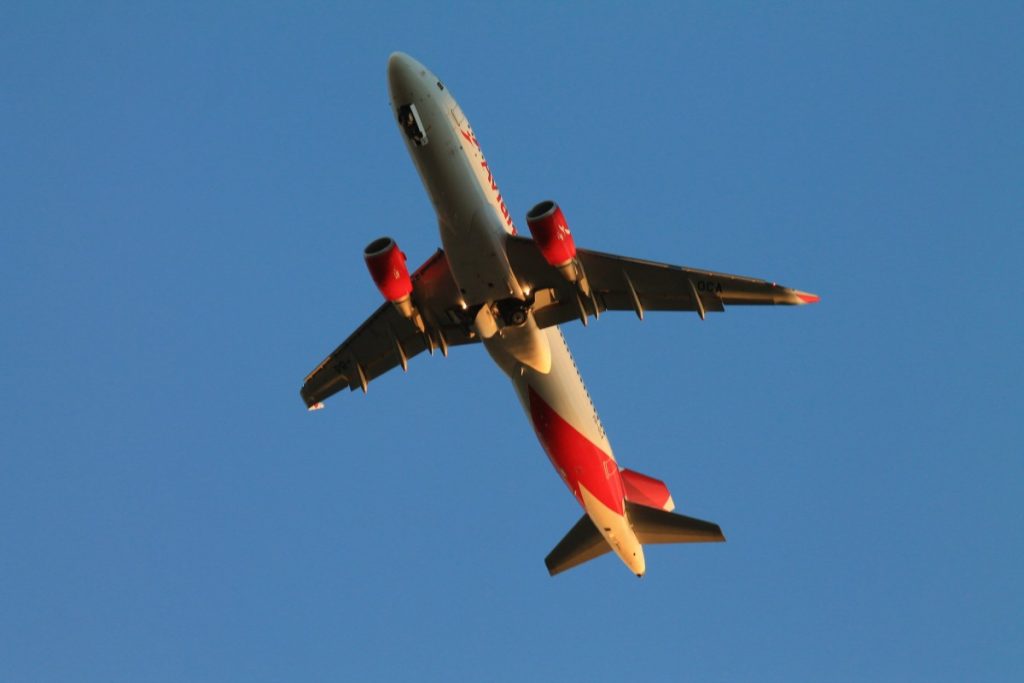 A grey sky that can turn green

The reality is that the hydrogen available for uses such as those mentioned above is generated in 99% of cases through industrial processes whose impact on the environment is far from neutral. Practically all of this hydrogen is considered to be grey hydrogen, i.e. it requires the use of coal or natural gas to obtain it, which means that its use does not limit CO2 emissions at all. So why do we continue to assert that hydrogen can play a key role in the decarbonisation of the aeronautical sector? Because the type of hydrogen we need to focus on is green hydrogen, whose growth prospects are exciting.

The report on the economic outlook for hydrogen published by Bloomberg New Energy Finance states that green H2 will establish itself as a source capable of supplying 24% of the world’s energy demand by 2050, which would help reduce CO2 levels by 34%. Moreover, as has happened with other technologies linked to renewable energy, the most critical period appears in the adaptation of these; making their cost fall at the same time as the commitment of institutions and the private sector becomes decisive. However, the price of hydrogen (currently higher than that of natural gas) is expected to fall gradually and steadily, thanks to the decrease in the implementation of wind and solar energy projects and the tax advantages that the sector will enjoy. This is the real pillar on which the hydrogen plane must be based and which makes it more than just a trend to be taken into account. The future will be renewable, or it won’t be.