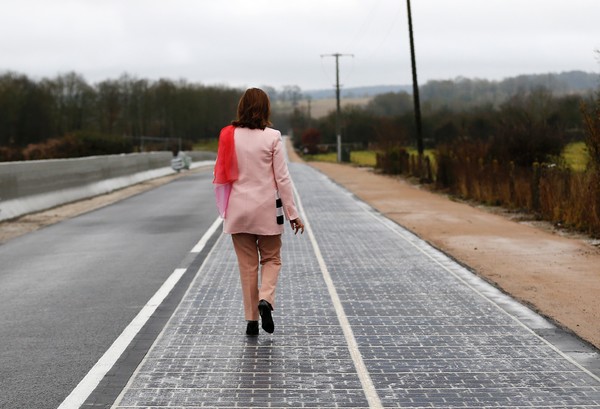 Far away from that song of the Australian band AC DC called”Highway to hell” nowadays we can say that we have a “highway to sustainability”. Althought it´s only 1-km (0,6 milles) long, not enough to be considered as a highway, the solar road is here, and it has came to stay. The December of 2016 will be remember as the month when the world met the first solar road, a little step that could make the difference between the actual concept of a road and the future roads, based in renewables technologies, where we want to go to.

France is the first country that has developed a project to test whether solar panels can be implemented effectively at a large scale. The project is intended to “power the streetlights in the French town of Tourouvre-au-Perche”, as Ségolène Royal, the French Minisstry of the Environment, argued in the inauguration. Royal, also related that she would like to install solar panels “on one in every 1,000 km of French highway“.