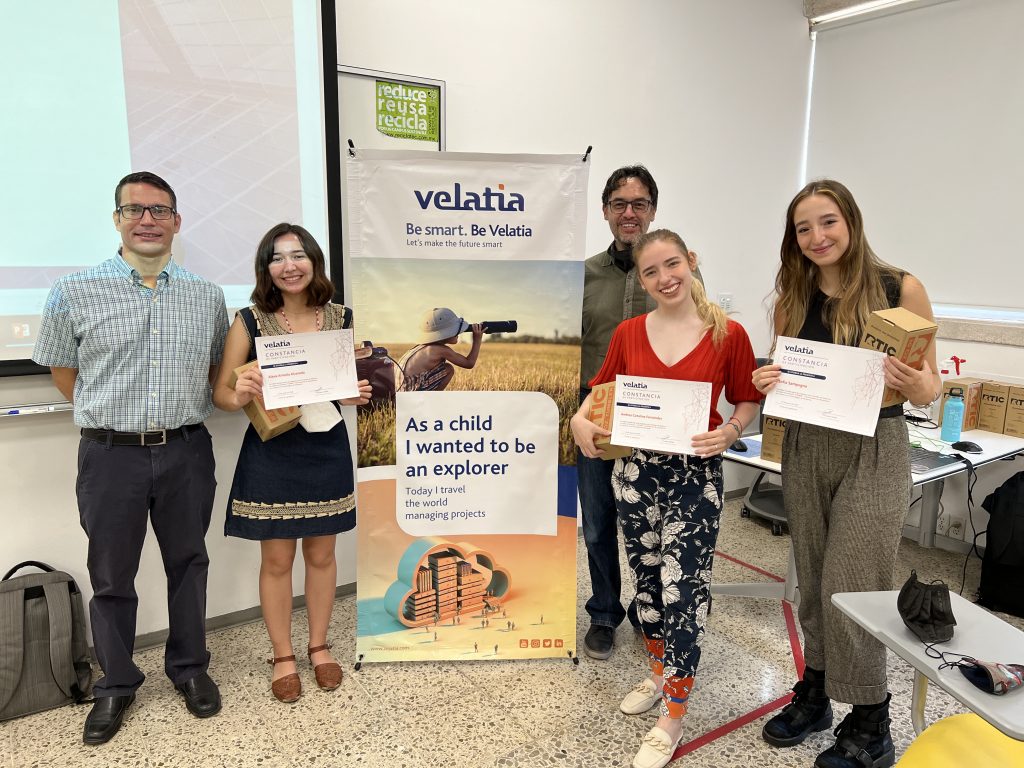 For yet another year, Velatia and the Monterrey Institute of Technology (Mexico) are celebrating their close collaboration in promoting the training of future Mexican network and telecommunications engineers with a recognition ceremony in which awards were presented to 18 outstanding students participating in the “Device Interconnection Unit” challenge, promoted by Velatia at the university. During the event, held on Friday 24 June, Gustavo Valdez, CEO of Ikusi Mexico, a Velatia company, went along with other representatives of the technology company to the Monterrey Institute of Technology facilities to accompany the students at the end of a successful academic initiative that brings them closer to the reality of the technological world and reinforces their training in the area.

Accompanied by Ricardo Salgado, director of the Department of Engineering and Computer Science at the Monterrey Institute of Technology, Gustavo Valdez presented the awards to the 18 students who demonstrated the best and most efficient use of subnet calculation, the most complete physical topology and logical design, the most appropriate approach from a security point of view, the application of the best and most granular use of VLANs, the most successful economic proposal and the best participation by all team members.

The initiative has been developed during the academic year thanks to the participation of a large group of professionals in the field of digitalisation and cybersecurity from Ikusi who have contacted more than 160 students during the programme, of which 18 have been the awardees of the challenge. Thus, Alan González, Ernesto Gutiérrez, Jorge Mora and Omar Sandoval, experts from Ikusi’s Pre-Sales and Implementation areas in Mexico, supported the development of the Device Interconnection Unit challenge with the Monterrey Institute of Technology’s students.

The objective of the Tec21 Educational Model of the Monterrey Institute of Technology and Higher Education (ITESM) is to improve the competitiveness of students in their professional field by enhancing the skills of current generations in order to develop the required competencies that will turn them into leaders who can face the challenges and opportunities of the 21st century.

During the challenge, the students considered the different advice given by the engineers during the classes and mentoring sessions for the development and presentation of their “high level” projects, as Gustavo Valdez defined them. This close university-industry collaboration, where professional engineers and future engineers work side by side, is recognised by the Monterrey Institute of Technology, which has officially listed Velatia as its training partner.

This academic initiative is part of Velatia’s commitment to its social environment in all the places where it is present, supporting the talent of young people who are called to lead the challenges of the future.

Do you want to be part of the smart future that is being built?

Join a team of more than 3,800 people sharing the dream of creating tomorrow’s technology.

How to create smart spaces for business development? https://velatianetworks.com/en/how-to-create-smart-spaces-for-business-development/