Javier Ormazabal, President of Velatia, joins the board of trustees of the Novia Salcedo Foundation 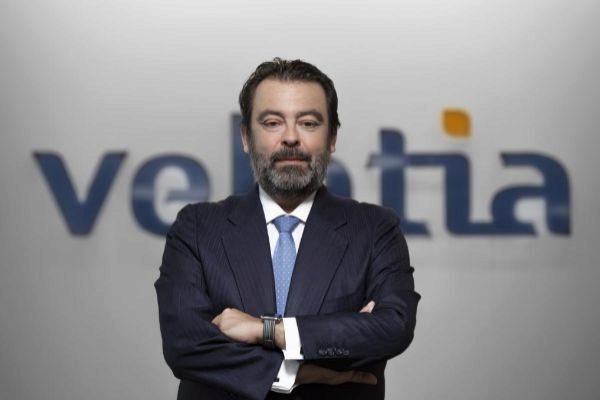 Javier Ormazabal has been a member of the board of trustees of the Novia Salcedo Foundation, based in Bilbao, since April. This private foundation, dedicated to promoting youth employment, aims to lead the employability of young people through training and access to decent work through the companies in the area, supporting research and knowledge in social innovation, as well as aiming to achieve the commitment of relevant players in the political, socioeconomic and cultural fields.

Velatia and Novia Salcedo have been working closely together since 2010, providing job opportunities for young people, a significant number of whom have joined the company.  In addition, Velatia collaborated in the Novia Salcedo Foundation awards in 2010, 2011, 2012, 2014 and 2016.

In addition to Ormazabal’s incorporation, two well-known female executives from the Basque Country have recently joined the company, Carolina Pérez Toledo, President of the Association of Businesswomen and Female Executives of Biscay (AED), and Ana Andueza, a partner in the company Deloitte.

Javier Ormazabal Echevarria has developed his entire professional career in the Velatia family business, of which he is President. This industrial group, whose main brands are Ormazabal and Ikusi, has a turnover of €650 million and a workforce of 3,300 people worldwide.

Through the commitment of each of the people who make up of Velatia, this family group created in 1967 has become a benchmark worldwide, competing with large multinationals, thanks to its ability to integrate and specialize in network optimization, as well as its innovative solutions.

About the Novia Salcedo Foundation

The Novia Salcedo Foundation has been promoting quality youth employment for 40 years; it has one of the largest exchanges for regulated and paid non-working internships in the country and has a network of 716 collaborating companies that contribute a fund of €5.5 million.

“At Velatia we can help companies meet the challenge of a wave of digitalisation, as this is an area in which they will require support,” Alejandro Ormazabal

“The Think Tank #VEHICLES7YFN has generated the multi-sector environment of trust needed to collaboratively address the challenges and opportunities in the transformation of European industry”, Alejandro Ormazabal, Vice President of Velatia

Javier Ormazabal: “It is urgent to develop a policy aimed at improving industry’s contribution to our GDP”

“At Velatia we can help companies meet the #challenge of a wave of #digitalisation, as this is an area in which they will require support,” @alejandro_omz