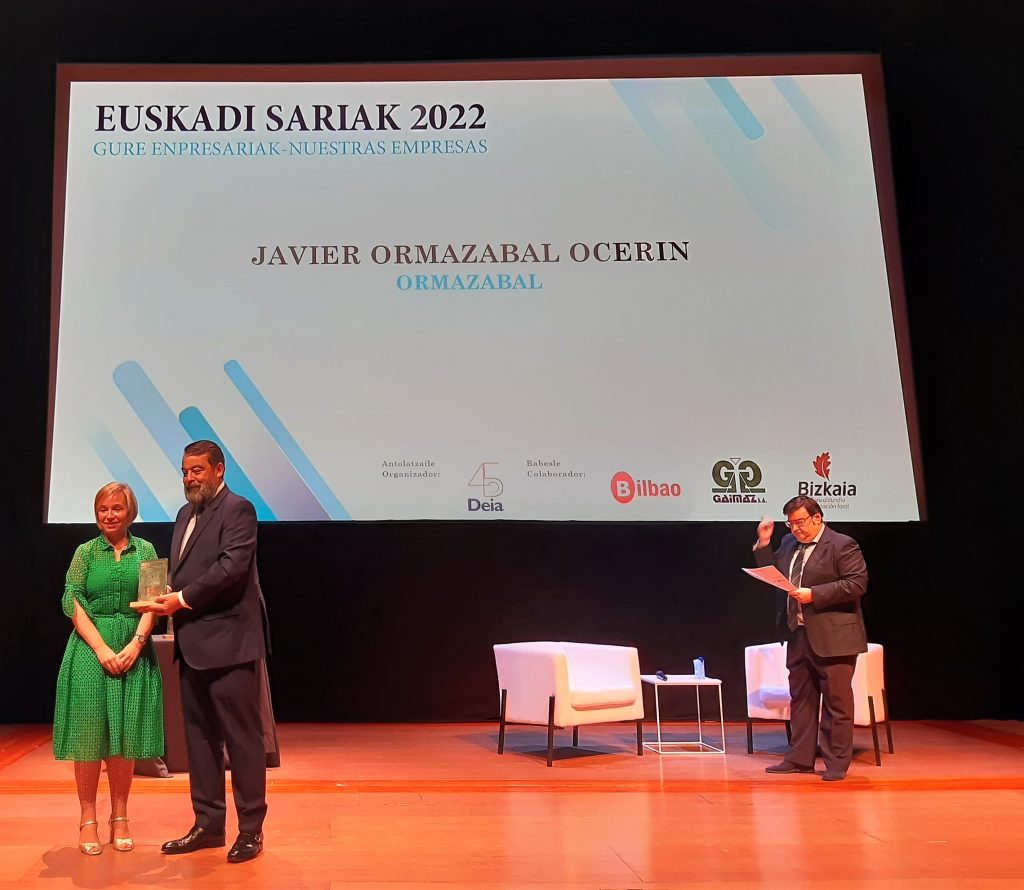 Javier Ormazabal Echevarria, current President of Velatia, was in charge of collecting the award during the ceremony

Today, 28 June, the Euskadi Sariak 2022 awards ceremony was held, an event organised by the Deia newspaper at the Guggenheim Museum in Bilbao, where Javier Ormazabal Ocerin, founder of Ormazabal, was one of the awardees. The award, collected by Javier Ormazabal Echevarria from Ainara Basurko, the Provincial Council of Bizkaia’s councillor responsible for Economic Promotion, is a recognition of the work of those entrepreneurs who built a business legacy that is still standing today.

During this edition, together with Javier Ormazabal Ocerin, Pedro Garaygordobil, founder of the Zamakona group, Pablo Aragunde, founder of Fhimasa, and Higinio Arteta, founder of the Amesa Industrial group, also received awards.

Velatia thanks Deia and its collaborators (Bilbao City Council, the Provincial Council of Bizkaia and Gaimaz) for recognising the figure of a person who has had such an influence on our lives.

Do you want to be part of the smart future that is being built?

Join a team of more than 3,800 people sharing the dream of creating tomorrow’s technology.

How to create smart spaces for business development? https://velatianetworks.com/en/how-to-create-smart-spaces-for-business-development/