Javier Ormazabal: “It is very important that we have a culture of attaching importance to innovation in order to create long-term value sustainably” 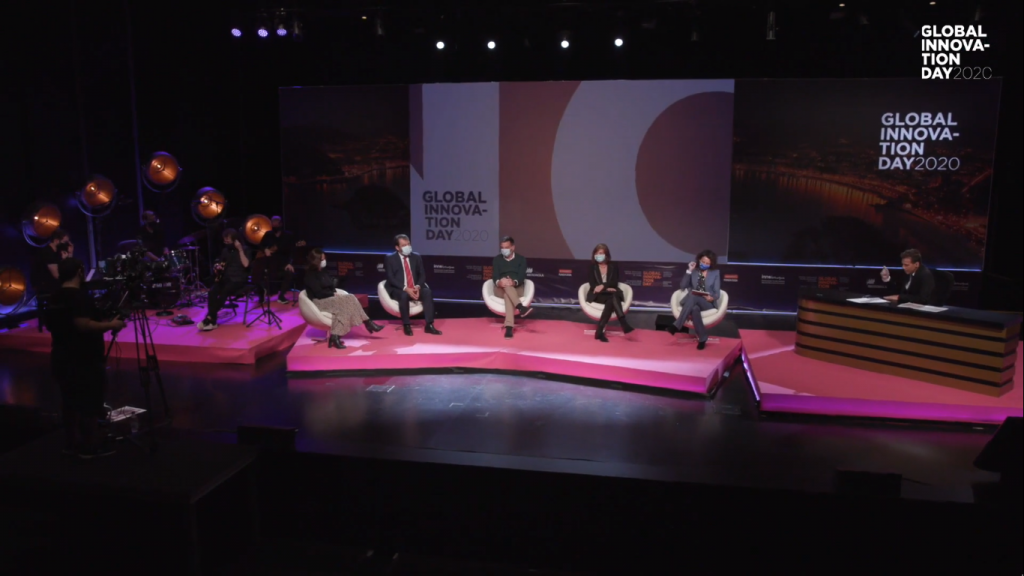 The President of Velatia participated in a roundtable debate during Global Innovation Day 2020, organised by Innobasque and opened with a speech given by Iñigo Urkullu, President of the Basque Government

On Sunday 1 November, the Higher School of Music of the Basque Country, Musikene, became the centre of Basque Country science and innovation during Global Innovation Day 2020. Organised by Innobasque, it aimed to take the pulse of innovation in the Basque Country by presenting the 2020 Innobasque Innovation Report, in what is a very unusual context of health, social and economic crisis caused by the COVID-19 pandemic. The event, which also marks the start of the 20th Basque Country Science, Technology and Innovation Week, was officially opened by the President of the Basque Government, Iñigo Urkullu, and offered various roundtable debates featuring important figures in Basque society, including the President of Velatia, Javier Ormazabal Echevarria.

Javier Ormazabal took part in a roundtable with Cristina Uriarte, the Basque Government’s commissioner for Science, Technology and Innovation; Nerea Aranguren, Managing Director of Ideko and Director of Innovation at DanobatGroup; Aitor Alapont, Managing Director of P4Q, and Innobasque director Leire Bilbao. Having analysed the main conclusions of the Innobasque Innovation Report 2020, Ormazabal emphasised the importance of R&D for building a solid future for society and business, since “it is very important that we have a culture of attaching importance to innovation in order to create long-term value sustainably”.

However, Ormazabal admitted that “sometimes we have certain doubts or uncertainties about the extent to which the resources initially allocated by public authorities and private companies are actually used for their intended purpose. Especially when we receive European funds. Our implementation of these resources is not at the level we would like”. This circumstance did not dampen the optimism of Velatia’s President, who pointed out that “from a positive point of view, and if we compare ourselves with other European regions, in the Basque Country we have a culture of innovation that is partly driven by public authorities acting on their commitment”.

Regarding periods of crisis such as the one we are currently going through, Javier Ormazabal said that “our business environment is small and with relatively poor capitalisation opportunities compared with the rest of Europe, so your visibility and capacity to allocate resources in times of crisis is compromised by a lack of vision and scarcity of resources at such times”. 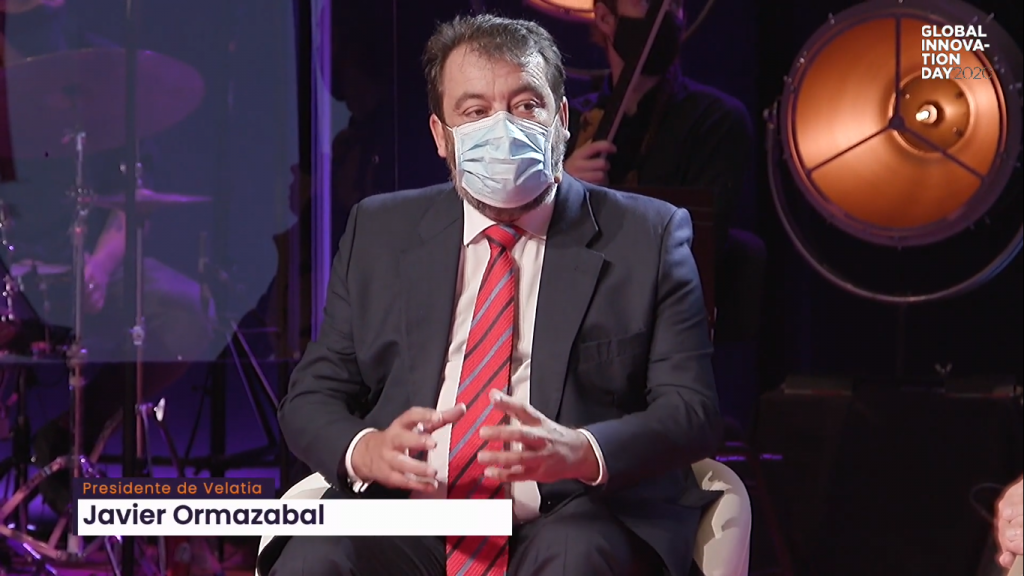 Among other issues, the President of Velatia discussed the importance of innovation and internationalisation for the industry: “Going out into the world and competing internationally is a fundamental aspect of innovation, which is not just about having skills and competences, but identifying customer and market needs. As an industry, in general, we are showing a very good capacity to react”.

In relation to the pandemic context, Javier Ormazabal emphasised that “protecting people’s health is a priority”, to which end “we must follow the experts’ recommendations”. And as for the effects that the pandemic is having on companies, the President pointed out that “at the moment we are benefiting from past investments in equipment, personnel and in R&D, with its hits and misses”. Ormazabal concluded with a reflection: “thinking about the future requires a lot of innovation, but also education, not only in training and skills, but in overcoming difficulties”.

The 2020 edition of the Innobasque Innovation Report aims to be of use in the new context by facilitating the decision-making processes of companies, public authorities, scientific-technological institutions, and all the various other organisations that make up the Basque Science, Technology and Innovation System (Sistema Vasco de Ciencia, Tecnología e Innovación or SVCTI, in its Spanish initials). It has three objectives: to determine the starting point of the SVCTI prior to the pandemic; to learn lessons from the previous crisis in order to tackle the one caused by COVID-19; and to find out how SVCTI experts perceive the short and medium-term future of innovation in the Basque Country.

The Basque Agency for Innovation, Innobasque, as part of the assessment function it performs in accordance with the Basque Country 2020 Science, Technology and Innovation Plan, publishes the Innobasque Innovation Report every two years. The report contains a comparative analysis based on existing international statistics. It takes a look at the reality of the SVCTI from different angles and has become the most valuable report on innovation in the Basque Country. The 2020 Report includes the third edition of Basque Innovation Perception (BIP), a study of how around 250 SVCTI professionals perceive the current situation and future of innovation in the Basque Country. This Innobasque Panel of Experts is formed thanks to the contribution of its partner organisations, and its qualitative analysis seeks to complement the standard statistical analyses.

The Spanish Minister for Science and Innovation, Pedro Duque, pays a visit to Velatia’s premises

Javier Ormazabal: “It is very important that we have a culture of attaching importance to innovation in order to create long-term value sustainably”

At Velatia we embrace the sustainable development goals.

For us sustainability it´s not a goal, it is a conviction that stands from our roots.