How is impacting the urban sprawl on our life quality and on the environment? 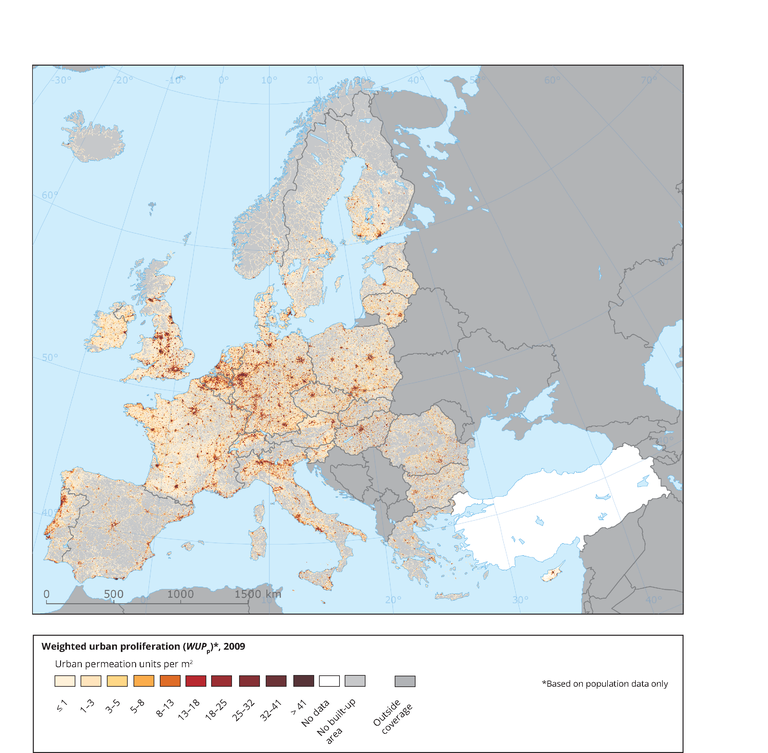 The European Environment Agency (EEA) and the Swiss Federal Office for the Environment (FOEN) published a report, on last June, that explains the impact of the urban sprawl on the environment and on our lifes

That the urban sprawl has negative effect on the environment and on the quality of life of the European citizens is something that the European Environment Agency (EEA) and the Swiss Federal Office for the Environment (FOEN) have confimed in a study published this summer. Furthermore, according to the report, the level of the urban sprawl has been increasing in all the European countries in the 2000s and it continues to grow. Which means that, if we follow urbanizing with the same methods, this problem will not only diminishes but indeed will increase.

The Urban Sprawl in Europe report, takes a look to the low -density and scattered expansion of many cities, something that ussualy is the result of the uncontrolled growth, a common-phenomenom in Europe allong the recent decades.

What does this study consider as urban sprawl? The report involves the expanson of large urban areas into surrounding undeveloped areas, including the countryside and agricultural land, something crucial in the European countries with agricultural tradition.

But, which countries are the most affected by the urban proliferation?

In the following map you can check how the urban sprawl is affecting to the European countries: 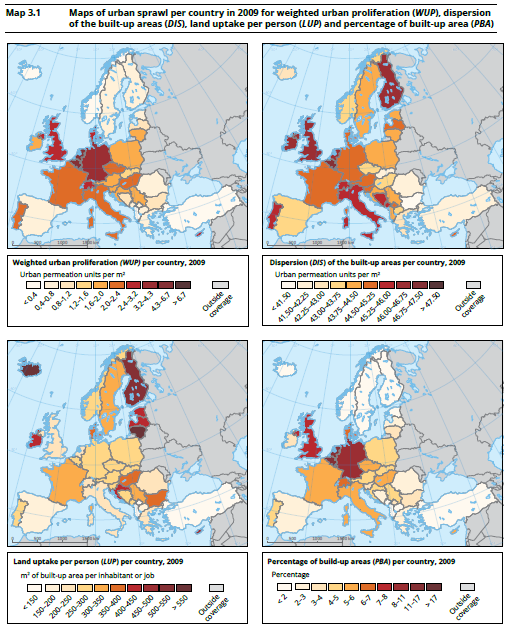 Countries like Spain, Norway, Greece, Finland, Iceland, Estonia or Romania are the countries with the best position if we analyse the weight of the urban proliferation.

Do you want to know more about this study? Then click on this link to donwload the full report.