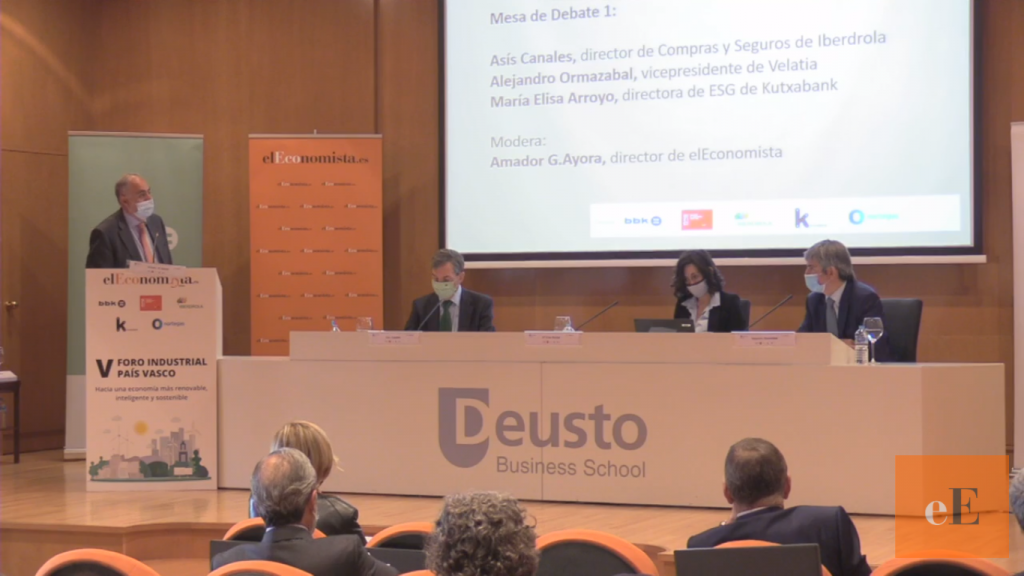 Society is facing a unique challenge that is arguably more important than ever: decarbonising the economy in order to curb climate change. This assertion was the starting point of the speech delivered by Alejandro Ormazabal, Vice-President of Velatia, during the 5th Basque Industry Forum, organised by the elEconomista newspaper on Friday 23 April in Bilbao. Alongside Velatia’s vice-president, other prominent Basque business world figures invited to speak were Asis Canales, director of purchasing and insurance at Iberdrola, and María Elisa Arroyo, director of ESG at Kutxabank.

The round table discussion, moderated by elEconomista editor-in-chief Amador G. Ayora, served to highlight the crucial importance of transforming industry in the Basque Country towards a sustainable production model that is firmly committed to a “more sustainable, more renewable and smarter” economy, as stated by Arantxa Tapia, the Basque Government’s Minister for Economic Development, Sustainability and the Environment during her opening speech. 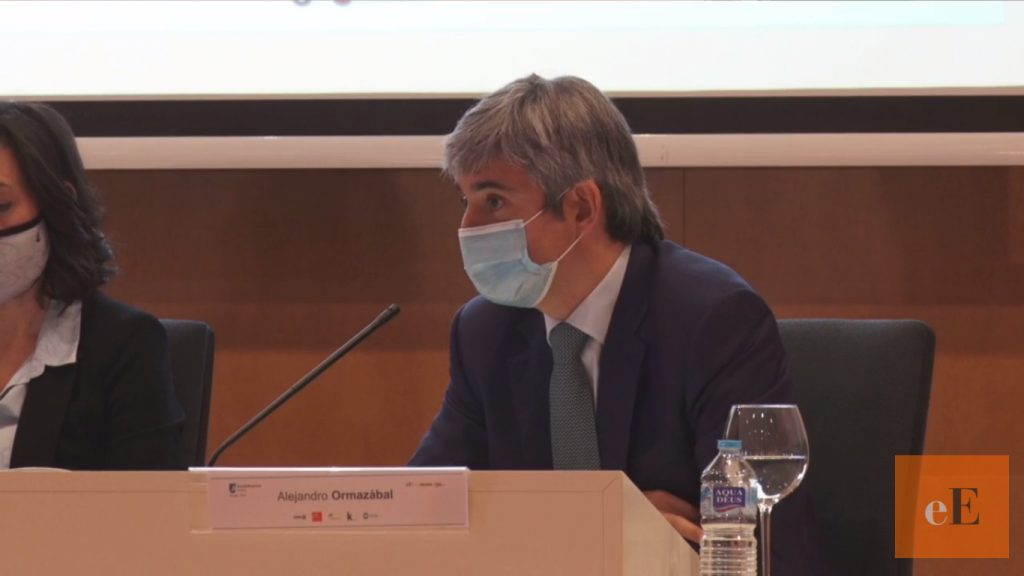 Along the same lines, Alejandro Ormazabal was keen to stress the importance of committing to renewable, efficient and sustainable technologies, an area in which Velatia has more than fifty years of experience. “We are going to decarbonise and for that we need smart grids, renewable energy and ultra-fast charging of electric vehicles. In relation to decarbonisation, the future depends on our fulfilling climate commitments,” he said.

There is no way such commitments can be undertaken without an electricity grid that is ready to adapt to e-vehicle use and the ever-increasing adoption of multi-point renewable generation sources. These are just two of the issues that have taken only a few years to go from being incipient trends to unmistakable realities.