What is the European Green Deal?

At the end of last year, the European Commission adopted the European Green Deal to boost the continent’s transition towards climate neutrality

In December 2020, European Commission President Ursula von der Leyen presented an ambitious plan to make Europe the world’s first climate-neutral continent by 2050. The plan, called the European Green Deal, was given the “green light” last week in a European Parliament vote, with 482 votes in favour, 136 against and 95 abstentions. It sets an “intermediate target” of 2030, by which time emissions will have to be at least 55% down on the EU emissions figures recorded in 1990.

The foundation of this Green Deal is socio-economic growth based on changing the European energy model. As the European Commission says on its own website, the European Green Deal “should enable European businesses and citizens to benefit from a sustainable ecological transition”. For this purpose, the European institutions propose a set of measures ranging from “ambitiously cutting greenhouse gas emissions, to investing in cutting-edge research and innovation, to preserving Europe’s natural environment”. To achieve this, the European executive has focused its climate plan by setting more ambitious energy efficiency and renewable energy goals, with targets to be achieved by each Member State.

This is how the European Union aims to tackle climate change. According to its figures, 93% of Europeans consider this problem to be “serious”, 93% have taken at least one action to tackle it, and 79% agree that taking action on climate change will lead to technological innovation.

Goals set out in the roadmap include making the European Union climate-neutral by 2050 through energy decarbonisation (energy production and use accounts for more than 75% of the EU’s greenhouse gas emissions); building renovation, helping to cut energy consumption and energy bills (buildings represents 40% of energy use in the EU); helping European industry to become a world leader in the green economy (use of recycled materials in industry currently stands at just 12%, with industry accounting for 20% of total emissions in the EU); and promoting sustainable mobility through cleaner, cheaper and healthier public and private transport systems (transport accounts for 25% of our harmful atmospheric emissions). 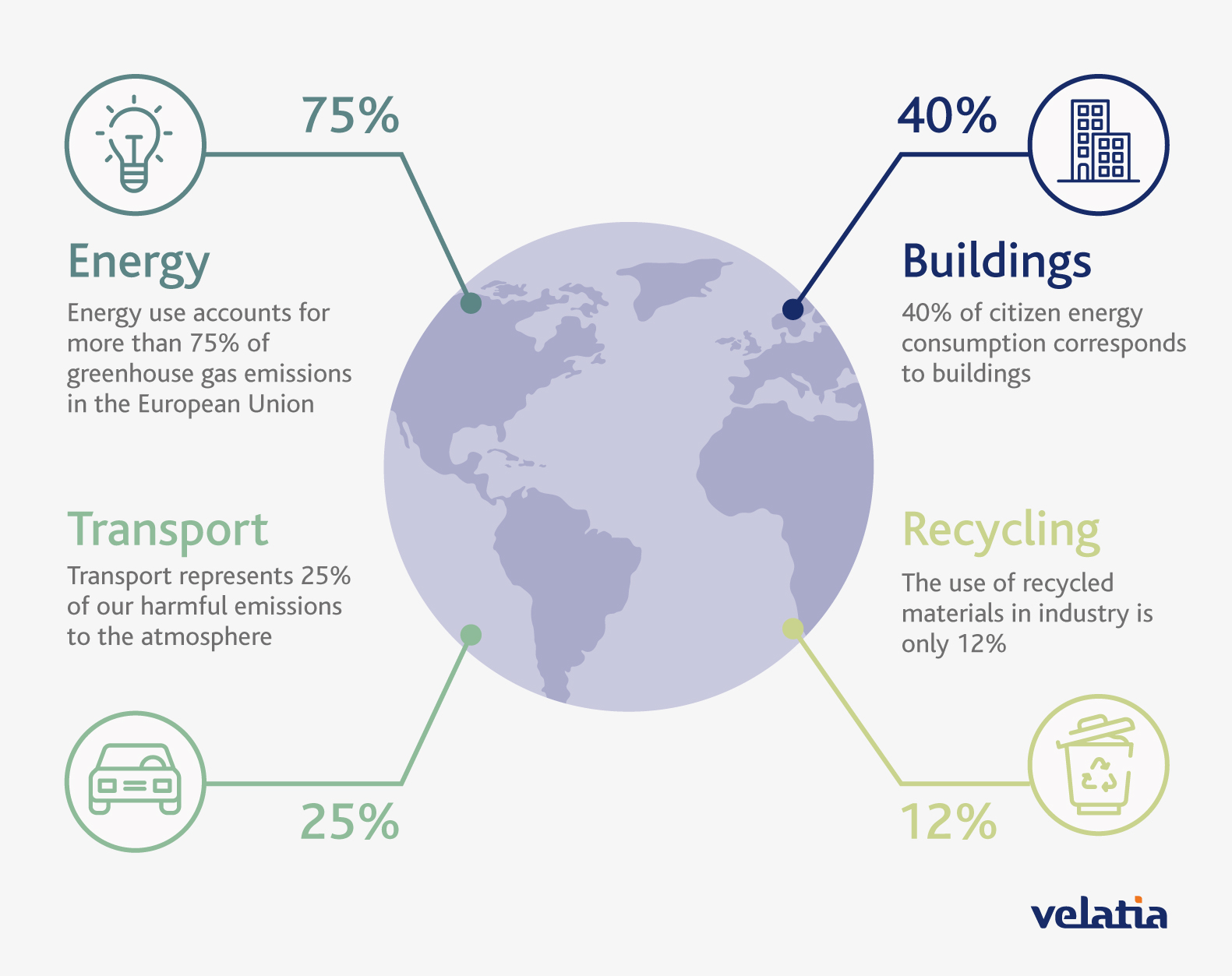 In addition to Von der Leyen herself, according to whom “the European Green Deal is our new growth strategy. It will help reduce emissions while creating jobs”, Frans Timmermans, Executive Vice-President of the European Commission, has emphasised the benefits this will produce for both the environment and European society: “We propose a green and inclusive transition to help improve people’s well-being and secure a healthy planet for generations to come”.

This new climate framework represents a growth opportunity for Europe’s energy and ancillary industries, as well as an improvement in the quality of life of European citizens. This is why the European Green Pact sets out four major commitments that form the backbone of its strategy. 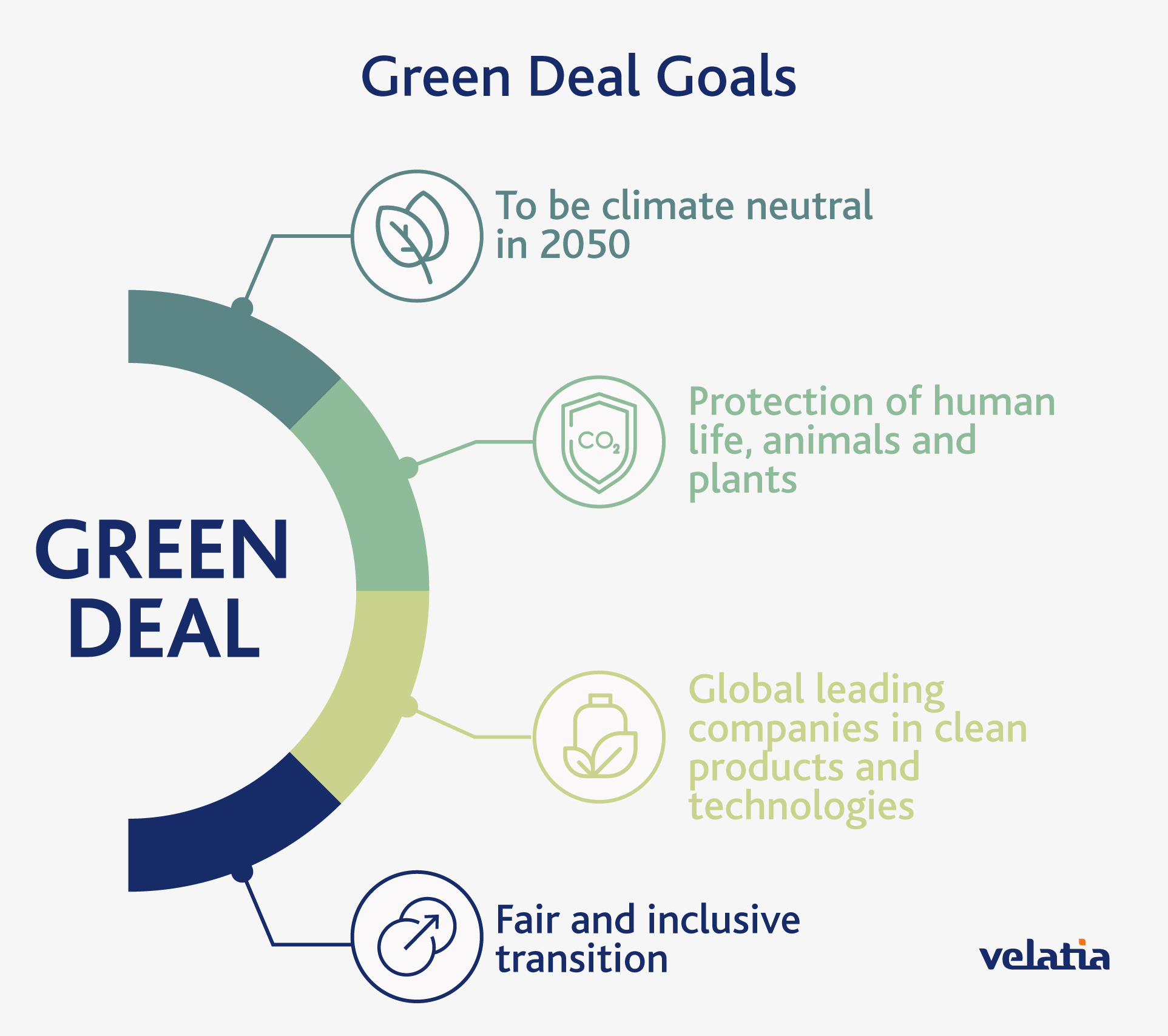 All these commitments will be tackled through the decarbonisation of the EU economy, by prioritising renewable energies, modernising infrastructures and promoting energy efficiency.

Obviously, however, all these measures need a budget for them to be implemented. Therefore, the European Commission has set up the Just Transition Fund, which over the next seven years will make 7.5 billion euros available to European economies, allocated according to their dependence on fossil fuels. This figure could rise to 100 billion euros according to the calculations of the supranational body itself, which specifies that for each euro allocated, the receiving Member State must in turn allocate an item of its public funds. One such Member State is Spain, which is due to receive 302 million euros, an amount that would eventually exceed 1.3 billion euros capable of mobilising more than 4 billion.