What are hydrogen filling stations and how do they work?

The success of sustainable mobility is underpinned by energy recharging solutions. Today we will focus on what hydrogen filling stations are and how they work.

Our dictionary evolves at the speed we impose on it as a society. This is something that is particularly evident in recent times, where technology, fast and bold by definition, does nothing but generate new terms that we adapt in our daily lives with hardly any time for reflection. This is the case of hydrogen filling stations, whose name leads us to deduce that it is something related to hydrogen. Today, in an attempt to provide a moment of reflection and, above all, information, we would like to take a moment to explain what they are and how they work in order to provide us with a sustainable transport alternative. So let’s get on with it.

A hydrogen filling station is to the hydrogen vehicle what an electric charging station is to the electric vehicle sector; in other words, they are new types of filling stations —petrol stations in common parlance— that are emerging to facilitate the recharging of the new mobility technologies that seem to be taking over from conventional combustion vehicles. Thus, this term is emerging as a descriptive alternative to the so-called petrol stations and, therefore, as a common term to defining all those energy recharging technologies for vehicles that work thanks to the combustion of green hydrogen. A combustion process whose only waste generated is, let us remember, water. 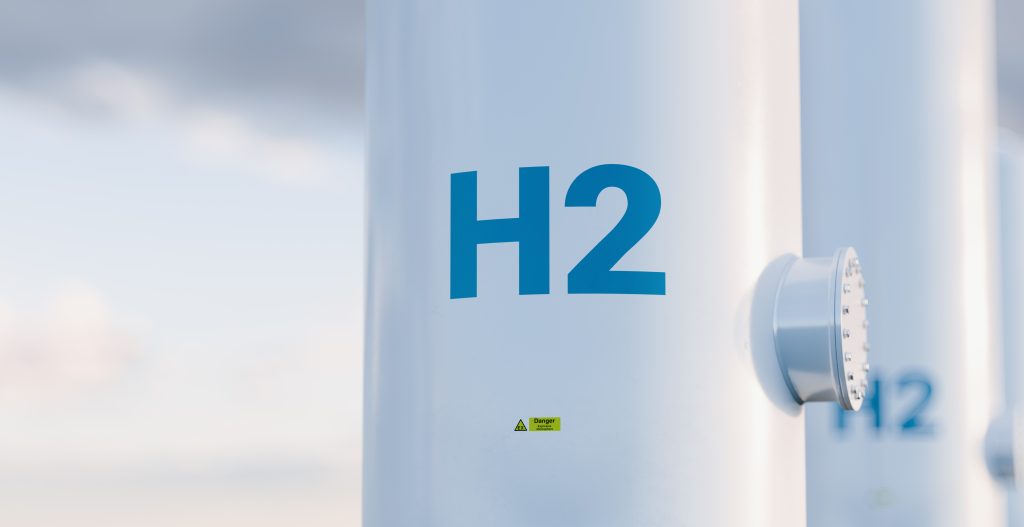 If you are interested in how hydrogen is obtained and what the different types are, take a look at our article “What is green hydrogen“.

How do hydrogen filling stations work?

First of all, we have to bear in mind that these types of technologies are currently rather rare. In fact, many of the plants that currently exist are not only hydrogen plants as such, or at least we could not consider them as such, but they are green hydrogen production plants —for example, with a photovoltaic installation on the roof of an industrial building— that use an electrolyser to generate H2 through a complex process. They also have the option of supplying the fuel produced on site to their fleet of vehicles. This resource could be seen in logistics companies that have large warehouses and have prepared their vehicles to operate with this 100% renewable fuel. Given that this sub-sector, despite being perhaps the most widespread, is at the same time the furthest away from the revolution that green hydrogen will bring to private domestic transport, today we are going to focus on hydrogen filling stations as such.

These clean filling stations are quite similar to the traditional stations we all know, but with their own particularities. Basically we can say that, in addition to the fuel itself, hydrogen filling stations differ from conventional stations in that they require sealing, as the hydrogen fuel cell is not filled with a liquid, such as petrol or diesel, but with a gas, which is extremely volatile. Therefore, the fuel is supplied at high pressure in a fast and safe way with the same process we are used to, but with the small detail that the nozzle of the dispenser will be sealed to our tank.

However, the filling time will obviously depend on the size of the vehicle’s tank, which in the case of hydrogen is measured in kilograms rather than litres. If we are talking about a car, the usual time is never more than five minutes, in which we will be able to fill our 5 kilograms of H2. In contrast, a vehicle such as a conventional bus can contain between 30 and 37 kilograms of hydrogen, requiring up to 12 minutes to fully refuel.

What are the parts of a H2 filling station?

We can summarise the main parts of our main character as follows:

How many hydrogen filling stations are there in Spain?

If you are interested in finding out where the nearest green hydrogen refuelling point to your home is, don’t miss the following website, which shows all the hydrogen filling stations that currently exist in Spain —as we have already mentioned, there are very few— as well as those that are in the pipeline.