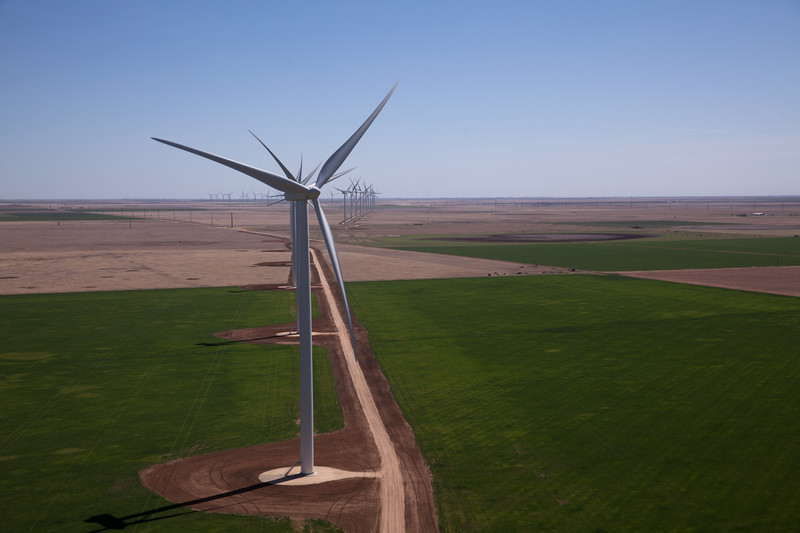 With a total of 16.8 GW, wind power installation in the United States exceeded solar and natural gas during 2020

Through its 2021 Land-Based Wind Market Report, the US Office of Energy Efficiency and Renewable Energy has announced that last year wind energy prevailed over all other sources of energy generation as the leading installation option in the United States, surpassing solar energy, which has had a record year in the United States, and traditional natural gas, which fell to its lowest level in the last five years. Such is the momentum of wind power installation in the USA that in the south-west of the country, new wind turbines accounted for almost 80% of new energy installations.

The report highlights the increasing cost efficiency and profitability of wind energy, which in recent years has undergone a revolution by developing larger, more efficient and cheaper turbines, increasing the average rotor size by 159% since the late 1990s and the average turbine height by 59% over the same period. Such innovations have brought the cost of kilowatt production down to $800 per kilowatt from $1800 in 2008. Second only to China, the United States installed the highest number of wind turbines in 2020, reaching a total of 67,000 turbines located on its territory.

The investment made by the United States during 2020, which amounted to 24.6 billion dollars and added 16,836 MW of wind generation capacity, has thrown up a number of significant statistics:

Last year was the best ever for US wind power, which reached 122 GW

The “American Clean Power Market Report 2020”, responsible for compiling this vitally important information on the state of renewable energy in the USA, points to a historic upturn in the sector in the last four months of 2020, when more wind power was installed on US soil than in any other year since records began, except 2021. As many as 54 new wind projects were undertaken in 20 different states. Of these, the most notable were Texas, where 2,197 MW of wind power were installed; Wyoming, with 895 MW; Oklahoma, which added another 866 MW; Iowa, adding 861 MW to its electricity grid; and Missouri, which completes the top 5 with 786 MW.

The wind energy installed in the United States during 2020 would be capable of meeting the consumption needs of five million homes. This is even more significant if we bear in mind that the total 122 GW of wind power generation capacity installed in the land of rock & roll would provide enough electricity for the consumption needs of 38 million homes. These figures are made possible by the 67,000 wind turbines that are in operation in 41 states throughout the country.

Of all the companies heavily involved in these installation operations, General Electric leads the way with a 53% market share, followed by Vestas with 35%, Siemens Gamesa with 10% and Nordex with 3%.