Decarbonisation of the economy: a green hope for the planet

The 5th of June is a date highlighted in green in many diaries around the world. It is not for nothing that this day is celebrated as World Environment Day, promoted by the United Nations and hosted this year by Pakistan. But, beyond the symbolic significance of this date, which is added to so many others that may occupy our calendar, the date has a unique background and opportunity; after decades in which agreements to reduce climate impact did not seem to reach a consensus, the social and political landscape has shifted in recent years towards a greater commitment about the decarbonisation of the economy. This becomes the great hope for the conservation of the planet’s ecosystems, which are under great pressure from ever-increasing human activity and population.

But before focusing on possible solutions and reviewing what has changed in the last decade, we must pause for a moment to highlight the explanations and scientific data that prove that our planet is facing a real climate emergency and that ratify why we must act for a complete decarbonisation. And yet there are still detractors of this reality:

These three factors have, in turn, resulted in some worrying data: 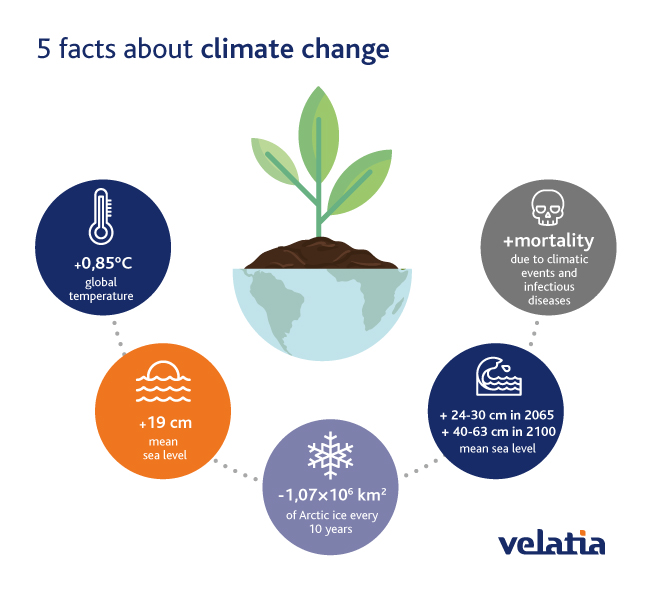 Climate change: a challenge and also a great opportunity for society

While the data are unambiguous and present a complex scenario, the real possibility of our society’s evolution towards a decarbonised economy represents an environmental, social and economic opportunity. Consider the example of Spain, which recently presented the so-called “National Integrated Energy and Climate Plan” (Plan Nacional Integrado de Energía y Clima or PNIEC). This roadmap shows how the green economy could provide 1,500,000 jobs in Spain alone by 2030; a real boost that will require an investment of 241 billion euros between 2021 and 2030, 80% of which will be private and the remaining 20% public investment.

So much so that this economic and social opportunity has led in recent years to the implementation of large green projects that, until now, seemed unthinkable and that combine a formula for success in many other areas: a framework of legislative and political stability in the energy sector and a combined public and private sector commitment to its development.

Agreements such as the one signed in 2015 by 196 countries in the Paris Agreement (despite the abandonment of its main promoter, the United States, after the arrival of the Trump Administration, and subsequent reincorporation after Biden’s took over the White House), and initiatives such as the European Green Deal only serve to ratify that the commitment to stop climate change is not only necessary, but also urgent and decisive, as well as stable for private investment. Added to this is a society that has internalised the climate issue and is demanding a greater and more ambitious roadmap from its leaders. This has been seen by the private sector as a window of opportunity from a business and employment point of view.

On the other hand, the fight against climate change has found a strange ally: COVID-19. The pandemic has put our societies on the ropes, living a weird nightmare and shaking our economies. This has required economic and social recovery plans that involve decarbonising our economies by stimulating investment in green energy. Examples of this are the economic recovery plans of the European Union and the United States, which aim to mobilise billions of dollars in investments of this kind to make the green economy a lever of change for decarbonisation and the recovery of the productive fabric.

But none of this could be developed without a favourable and profitable technological context. The technology to combat climate change is not undeveloped or unprofitable, it is already in place and 100% profitable. Whether we are talking about photovoltaic technology, wind power, electricity transmission and distribution, or electric storage batteries, all of them are, at the very least, profitable. So much so that the profitability of wind and photovoltaic energy has banished fossil fuels as the main source of electricity production in most regions of the world. This requires a major modernisation of our electricity grid in order to prepare it for a greater multi-point penetration of renewable generation sources. Furthermore, we must not forget the electric vehicle sector, which, although it has not yet translated into global market leadership, has burst onto the scene and is set to lead sales at the end of this decade thanks to an industry that has left all doubts behind and is beginning to firmly commit to transport by and for energy decarbonisation. 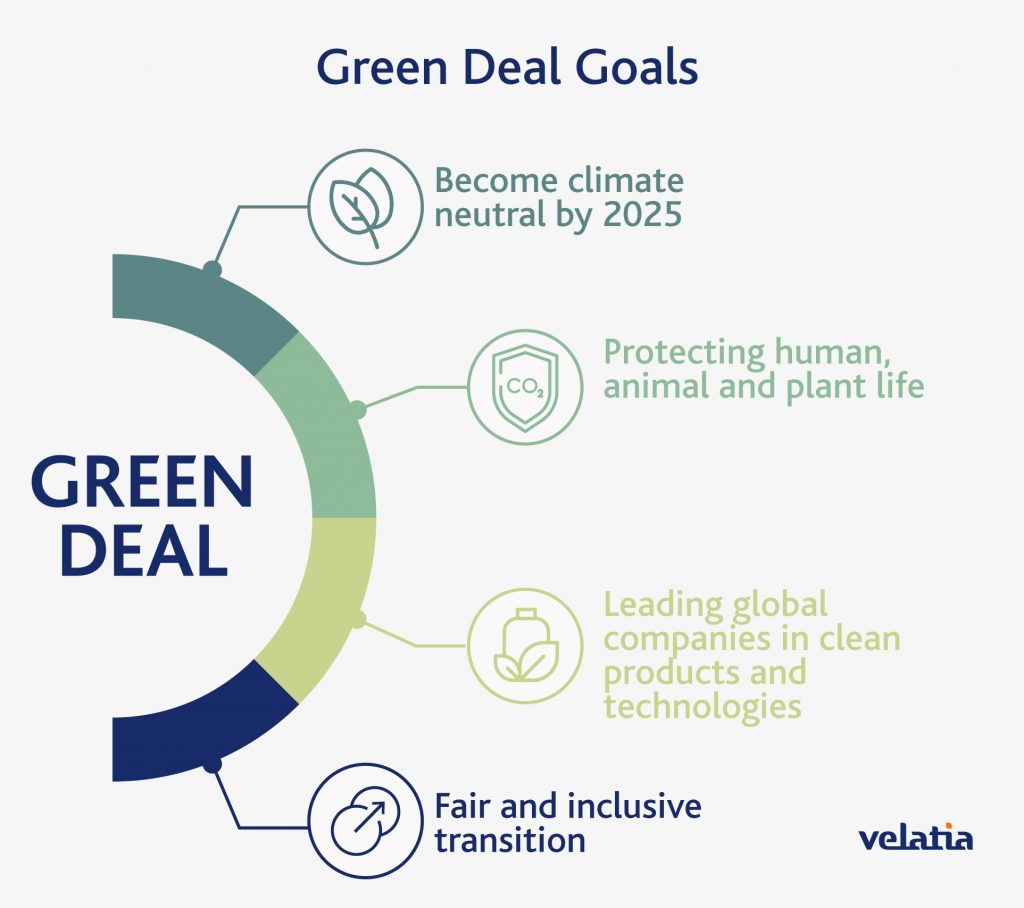 Last December, Ursula von der Leyen, President of the European Commission, presented an ambitious plan to make Europe the first climate-neutral continent by 2050. This plan, called the European Green Deal, sets the year 2030 as an “intermediate target”, by which time emissions will have to be reduced by at least 55% compared to 1990 emissions measurements in the European Union.

The roadmap sets the following targets: to achieve climate neutrality on the European continent by 2050 through the decarbonisation of energy (energy production and use accounts for more than 75% of the EU’s greenhouse gas emissions); the renovation of buildings, helping to reduce their energy bills and use (40% of EU citizens’ energy consumption is accounted for by buildings); helping European industry to become a world leader in the so-called green economy (currently the use of recycled materials in industry is only 12%, with industry accounting for 20% of total EU emissions); and boosting sustainable mobility through cleaner, cheaper and healthier public and private transport systems (transport accounts for 25% of our harmful emissions into the atmosphere).